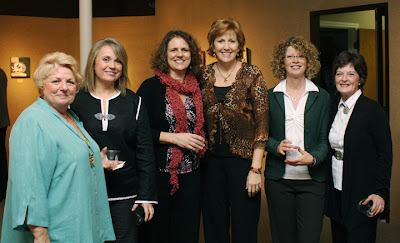 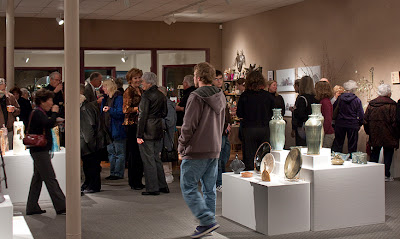 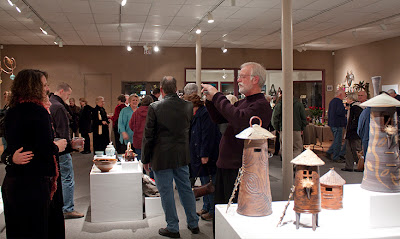 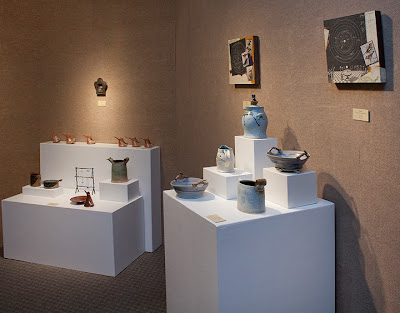 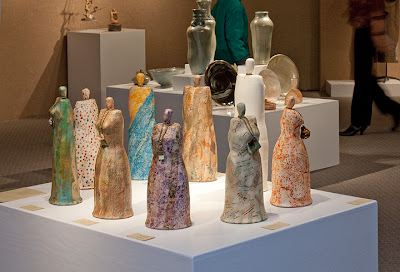 We had a great turnout at our opening last night for my Women's Art Workshop gallery exhibit with 325 people in attendance. The gallery director did a wonderful job of displaying our work, despite running out of pedestals since there was so much 3D work from the three potters! It was fun to share the evening with this group of special women.
Posted by Lori Reed at 11:37 AM 1 comment: 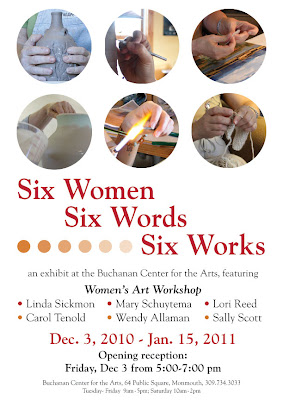 Yes, 2010 is ending with a lot of fanfare. My Women's Art Workshop group is having an opening this Friday for our group show! We've had fun over the last two years: pulling a topic out of our jar of ideas, all making something in response to the word or phrase, and meeting 4 to 6 weeks later to workshop the resulting pieces. We picked 6 words to showcase the work that was brought to the initial meeting and subsequent work that was inspired by the project.

"New Business" relating to Rob's and my "Plains and Planes" exhibit...
- We're being interviewed tomorrow by the NPR station in Rock Island to air Dec 12 on their Sunday afternoon "Art Talks" program; they post the show on their website, too, if you want to listen to it at another time.
WVIK Program Listings
- We're going to do a gallery talk at the Galesburg Civic Art Center on December 9th at 7pm.
- Rob has added a section on our website showing photos from the gallery and the opening, and he is in the process of adding individual shots of everything in the show. So, if you aren't able to come to the gallery in person, you can still see the show!
Reed Studios - Plains and Planes Show 2010
Posted by Lori Reed at 10:50 AM 1 comment: